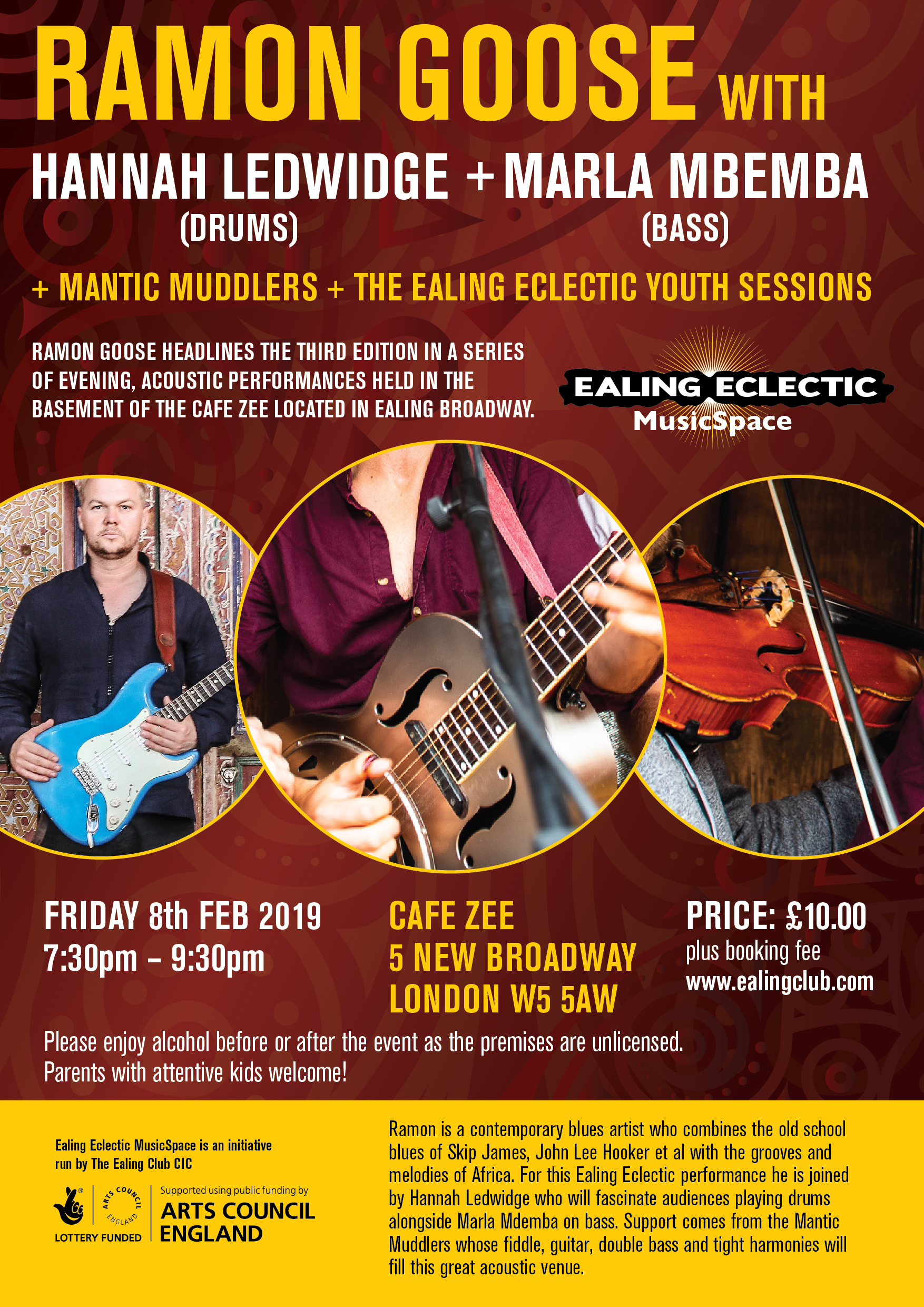 Undoubtedly one of the most exciting and ground breaking contemporary blues artists, Ramon Goose is constantly looking to extend and expand his musical horizons. Having previously performed with the likes of Eric Bibb, Boo Boo Davis, Eric Burdon and Pee Wee Ellis, Ramon has been on a musical journey over the past few years discovering and channelling the sounds of Africa through his own unique filter. Long Road To Tiznit is the apotheosis of that journey, as old-school blues in the tradition of Skip James, John Lee Hooker and R.L. Burnside collide and meld with hypnotic grooves and melodies from the Sahara, telling stories of refugees and contrabandiers, danger and freedom.

The album was written whilst travelling in Morocco where Ramon channelled the spirit of the desert into his music with mesmerizing effect. This can clearly be hear d on the classic track ‘Marrakech Sunset’, where Ramon also drew on influences as diverse as Davey Graham and Brian Jones; as well as ‘Wandering Sheikh’ where he was influenced by the female Berber singers and percussionists which he’d heard in traditional Moroccan ceremonies.

Ramon first visited Africa on a musical project with Justin Adams and Julian Joseph where they visited Dakar in Senegal and worked with amazing local musicians. ‘It w as a sort of epiphany,’ he said. ‘I’d never heard anything like it and it made me want to delve furth er into the melodies and rhythms I heard there.’ He’d met and worked with the legendary Senegalese griot Diabel Cissokho, who taught him a great deal about his musical heritage and culture. Through these experiences Ramon hasdeveloped his very own style of playing, creating a blend of music that is infectious, heart-warmingand utterly intoxicating.

The album features guest performances from Justin Adams (Robert Plant and The Sensational Shape Shifters) and Urdu singer Najma Akhtar. It was recorded in London using Ramon’s own band and also in Marrakesh using local Berber musicians. The result is an album which blends global soundscapes by seamlessly combining rich melodies and hypnotic percussion with virtuoso blues guitar playing! Ramon is performing songs from his last album ‘Long Road To Tiznit’ and songs from his forth coming coming with a new trio.

The Mantic Muddlers
The Mantic Muddlers combine a rich influence of sonic stylings and
serve up their stories on a foundation of infectious grooves and
raucous melodies… For lack of a legitimate genre, you’ll be hearing
Roots, Rattle & Roll!