A big thank you to THE WHO for including EALING in their 50th year celebrations. The band has always done much to demonstrate that their West London roots, influences and motivation included Ealing. The Ealing Club Community Interest Company is trying to encourage others to celebrate these links while inspiring new opportunities for LIVE MUSIC. 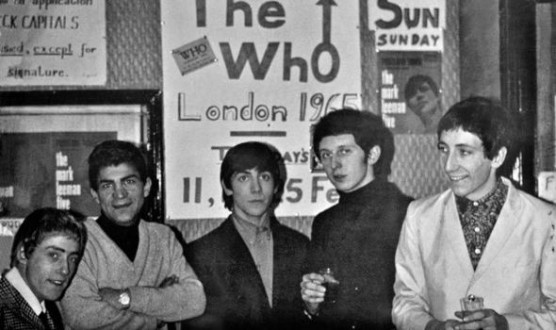 The Ealing Club was not only where THE WHO held a series of gigs in late 1964/early 1965. It was where Pete Townshend realised that playing ‘Black American Blues Guitar Music’  was a feasible goal for any young Londoner. Alexis Korner & Cyril Davies together with their band Blues Incorporated helped inspire Pete and many other ‘legendary’ musicians to play the blues. The tiny basement bar is thought to be where Pete picked up the first gigs of a band called ‘The Rollin Stones’ ….. soon to become ROLLING STONES.

The Ealing Club’s original location still exists today. In March 2012, a collective of Ealing Music fans and musicians celebrated the first gig of BLUES INCORPORATED that set off the British Rhythm and Blues Boom. Many people that had attended or played in the club: Charlie Watts (Rolling Stones) Jeff Griffin (Producer LIVE AID) , Ali MacKenzie (The Birds) Don Craine (The Downliners Sect) Terry Marshall (Marshall Amplification) confirmed that The Ealing Jazz and Blues Club had been the venue known today as THE RED ROOM.

Many state that this important meeting place was located below the ABC bakery. In fact, we understand the precise location was: (down a stairway, on the left hand side, below the jewellers pictured above) These facts are poignant as developers plans have indicated that this former LIVE MUSIC venue will be re-developed into housing stock and office space (plans to be found here)

While Ealing Borough needs to decide if such a venue needs to be saved or not. The music industry, record companies, promoters, politicians, local councils, tourist boards, educators, grants-funding bodies, media outlets need to ask why such legendary sites have not been harnessed in the past to maximise the CULTURAL, Social and economic potential of music heritage and LIVE MUSIC.

What role does LIVE MUSIC (in particular in small venues) contribute to the economic and cultural well being of LONDON, it’s suburbs and the rest of the UK?

It goes without saying: we’d all love to see THE WHO back in Ealing one day!