Thanks to everyone who has helped getting live music going at the original venue of the Ealing Club, the place where Alexis Korner and Cyril Davies originally started “British Rhythm and Blues” in March 1962.

The British Rhythm and Blues Boom of 1962, took inspiration directly from the Black American blues singers of America, used amplified guitars, pounding rhythms from the drums and new singing/performance styles that continue to permeate through the world of rock and pop music today.

In 2012, lets hope for more music across the borough and beyond!

Thanks to all the musicians who gave up their time to entertain and raise the money:
The Blue Plaque is being handcrafted, at time of writing! 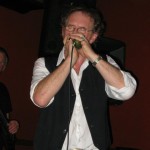 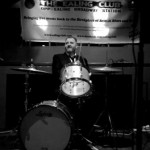 Thanks also to Prof. Roberta Schwartz, Dept of Musicology, University of Kansas, Nick Warburton, Andy Neill, Harry Shapiro, Fery Asgari, Wally Marshall and all those veterans who actually saw the likes of Blues Incorporated, The Rolling Stones, Manfred Mann, John Mayall, The Who, Jeff Beck and many more emerge from the club.

Thanks to the local press, Ealing Gazette, Ealing Today, Best of Ealing and Larry Vidal at Hayes FM.